Leading tech companies and streaming services are behind the AV1 standard.

AOMedia members are building royalty-free interoperable solutions for the next generation of media delivery.

Aurora1 operates 7.2x as fast, with 32% lower CPU usage, and 92% less memory consumption than SVT-AV1 at a similar quality level and bitrate.

Aurora1 operates 6.4x as fast while consuming 78% less memory than SVT-AV1 at a similar quality level and bitrate.

EPYC’s balanced set of resources enables you to match the CPU core count to your video encoding requirements without compromising processor features.

The AMD Advantage for AV1

With the power of EPYC 7003 processors that offer up to 64 cores and 128 threads and using the latest Zen 3 cores, AMD EPYC is perfectly suited for highly compute-intensive workloads like AV1 video encoding.

Designed with eight chiplets of eight cores each, all eight cores in the chiplet are connected, enabling an effective double L3 cache design for a lower overall cache latency structure. With 128 lanes of PCIe 4.0, eight channels of memory, and most EPYC 7003 models supporting dual-processor connectivity, it’s easy to see why the AMD EPYC 7003 series of processors are so well suited for video encoding using the new AV1 standard.

With Aurora1, AV1 can achieve a 50% coding efficiency gain over H.264 and HEVC across many content types and use cases. AV1 is ideal for use in RTC applications since the AV1 Screen Content Coding (SCC) tool is unique among all current codec standards.

Enabling SCC in Aurora1 reduces screen content bitrates to the 100-500kbps range, an achievement that is not possible with any other video codec standard.

With the announcement of AV1 integrated with WebRTC in Chrome 90, we compared Aurora1 to libaom-RT (the real-time mode of libaom) and OpenH264, using configurations aligned to the structures inside WebRTC.

WebRTC is a capability that is essential for real-time online streaming to browsers. libaom-RT is the open-source encoder behind RTC AV1 and it is the solution that powers Google DUO and Google Meet.

AV1 is optimized for real-time Screen Content Coding (SCC) making it ideal for the use-case of RTC (WebRTC) use cases and why it’s been deployed by large enterprise customers including Google for Duo and Cisco with Webex. Screen content represents a significant percentage of online Internet video content including remote desktop services, virtualized graphics, and video editing solutions, computer-generated graphics applications, and live game content streaming.

AV1 is the first video codec standard that includes Screen Content Coding (SCC) tools in its main body, meaning that every AV1 decoder to be compliant must support these SCC features. For screen content video, Aurora1 demonstrates superior coding efficiency advantages compared to other state-of-the-art codec standards. Using a single core of a standard PC, Aurora1 can achieve a BD-rate savings of more than 80% compared to that of x264, meaning that Aurora1 needs less than a quarter of the bitrate consumed by x264 to achieve the same visual quality. 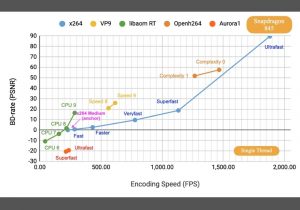 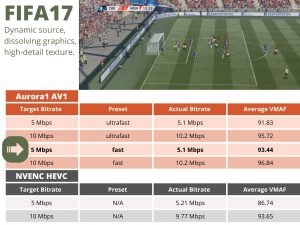 See our Aurora1 is able to cut the bitrate needed for 1080p60 cloud gaming content in half while preserving quality and operating in real-time. 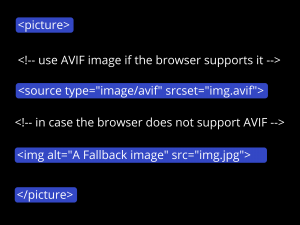 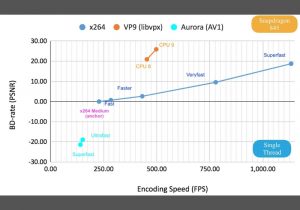 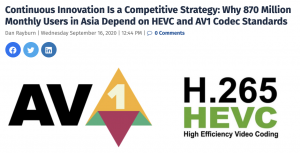 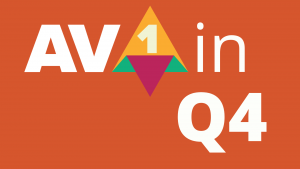 In Q4, Visionular took part in many activities that served to grow the ecosystem and provide momentum for the standard.